Willis Sweet and the founding of the University 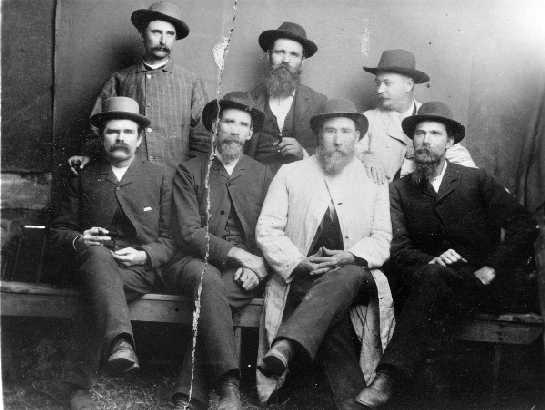 In 1921, the eighty-seven year old former attorney general of Puerto Rico, in a letter to his long-time friend General Edward Chrisman, wrote down a reminiscence of his role in the founding of the University of Idaho.

One of the principal actors in the founding of the University of Idaho, Willis Sweet was born in Vermont in 1856 and came to Moscow, Idaho in 1881. After training as a lawyer and becoming immersed in Idaho politics, he helped Fred Dubois defeat John Hailey (later elected governor) as territorial delegate to Congress in 1886 (which he remembered as 1888), a circumstance he ascribed to the defeat of the "old-timers" by the "young men of the territory." Sweet's support of Dubois became a critical factor in his future political career and, as well, in the founding of the University of Idaho. Following Dubois' election, Sweet was appointed as US attorney for Idaho, although he was not admitted to the bar until the following year, when he was appointed judge of the first judicial district of Idaho and later associate justice of the Idaho Supreme Court. After statehood was won, he was elected to Congress and served two terms from 1890 to 1895. He was an unsuccessful candidate to the Senate in 1896 and returned to the practice of law in Coeur d'Alene. In 1903 he was appointed attorney general of Puerto Rico, a position he held for two years. From 1913 until his death in 1925 he ran a newspaper in San Juan.

Dubois' election was entwined with the successful effort to deny the vote to Mormons, the predominant population of southeastern Idaho, on the basis of their support for polygamy. Sweet's aid to Dubois' campaign provided northern Idaho with political capital; he noted: "all we had to do was ask for what we wanted - within reason." What Sweet and other Moscow businessmen had determined that Moscow needed was the state university. Sweet wrote that $300 was put in the pot to send him to Boise to lobby the legislature. After meeting with some opposition, legislator John W. Brigham called on Sweet early one morning and the two of them - Sweet still in his night clothes and "punctuating with pointed remarks concerning the time of day" according to Brigham - drafted the bill then and there for immediate submission. Sweet noted that "the bill became a law without serious contest, and it should be a satisfaction to the State to know that not one cent was paid, or one promise made in the way of a reward to be given, for any vote that contributed to the establishment of the University of Idaho." Accordingly, as remembered by Brigham, the handful of blank checks that the Moscow merchants had made available were returned unused.

Another Moscow businessman, Jay Woodworth, also produced a reminiscence of early days at the request of General Chrisman. In it he suggested that the impetus for Sweet's efforts to land the University for Moscow lay in Sweet's chronic inability to handle his financial affairs. Woodworth remembered that over $1600 was collected to send Sweet to Boise and that with that money Sweet managed to pay off a creditor who was hounding him for "something over $1000." With the remainder, Sweet went off to Boise and was successful in his venture. He added, "That was Willis Sweet - brilliant, persuasive, lazy, indolent, resourceful, irresponsible, friendly, and lovable - friend of man and of Moscow."

Willis Sweet was named to the first Board of Regents of the university and later both Sweet and Dubois had dormitories named after them. Woodworth's story about Sweet's motivation hasn't yet made the history books, perhaps because Woodworth admitted that he was one of those still owed money by the impecunious Sweet.