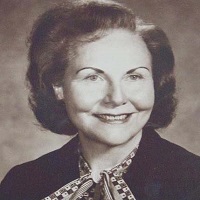 Born in Wallace, Idaho, Edith Miller attended the University of Idaho in the 1930s where she stayed very active: she took 20 credits a semester, worked four part-time jobs, was a "Hell Diver" on the swim team, a member of the women's rifle team, and secretary for Phi Chi Theta. She graduated in 1935 in just three years with a degree in business administration at the age of 19 before securing a teaching fellowship at Washington State University. During this time Edith also worked as a secretary for Psychiana, a mail-order religion owned by Dr. Frank B. Robinson.

In 1943, Edith sold her car and moved to Washington, D.C. to work for the Labor Department and later for the War Department. While in Washington, she began attending law school at George Washington University at night while working during the day. Edith graduated with a law degree in 1946 and passed the D.C. bar exam. She later noted that World War II had opened up many opportunities for women that hadn't existed before the war.

After law school, Edith returned to Idaho where she passed the Idaho bar and was admitted as the 17th woman to practice law in Idaho on January 7, 1947. She was almost immediately asked to serve as Judge of the Municipal Court in Boise, a position she held from 1947-1948. Edith was also elected to the Idaho Legislature in 1948, where she met Louise Shadduck, the first administrative assistant to the governor, who introduced Edith to her future husband, Sandor S. Klein. The two were married in 1949 and moved to Washington, D.C. in 1953, where Edith worked for the Federal Communications Commission and was admitted to the United States Supreme Court Bar in 1954.

Back in Idaho, Edith became partner in her law firm in 1968 and served in the Idaho Senate until 1982. She served a total of 20 years in the Idaho State Legislature, including 14 in the Idaho Senate where she was often the only woman. She was also responsible for authoring and sponsoring landmark legislation resulting in major improvements in laws relating to children and women's rights, including equal pay, minimum wage, community property laws, divorce, domestic violence, and education.