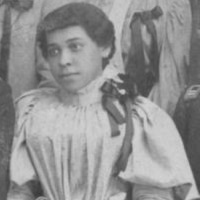 Jennie Eva Hughes, Class of 1899, was the first African-American to graduate from the University of Idaho. Jennie's family had travelled west from Washington, D.C. to Idaho, where according to the Census of 1890, there were only 201 African-Americans in the entire state. Although there is no doubt the family encountered prejudice of some sort, it is known that the family was well regarded in Moscow. Although some western states restricted the enrolment of black students in public schools, Jennie had not been prohibited from attending Moscow's public schools and she graduated from Moscow High School in 1895.

As a student at the University of Idaho, according to historian Keith Petersen in This Crested Hill: An Illustrated History of the University of Idaho, Jennie “accumulated an admirable academic record.” She won the prestigious Watkins Medal for Oratory in 1898, and graduated with a Bachelor of Science degree, one of seven students in the Class of 1899. In a speech to her classmates at the time of their graduation, Jennie urged them to “occupy positions of usefulness.” After college, Jennie met and married George Augustus Smith and the two relocated to Wardner, Idaho where George worked as a miner.

Despite the success George enjoyed in the Silver Valley, Jennie and George and their four children moved to Spokane, Washington in 1912 in part because Jennie did not consider the rough-and-tumble atmosphere of the mining towns "a suitable place to raise children." Jennie's son Berthol was the second African-American student to enroll in the University of Idaho, but sadly died in 1919 while still a student. Another son, Leonard, earned a law degree and practiced as an attorney in Spokane while her youngest son graduated from Washington State University in 1935 with a degree in Electrical Engineering.

Because Jennie left neither letters nor a diary, it is not known if Jennie herself believed her life had been one of usefulness. But there can be no dispute that history records Jennie as a remarkable woman who, at a time when less than one percent of Americans earned a bachelor’s degree, seized the opportunity of education, leaving a legacy of determination and distinction.